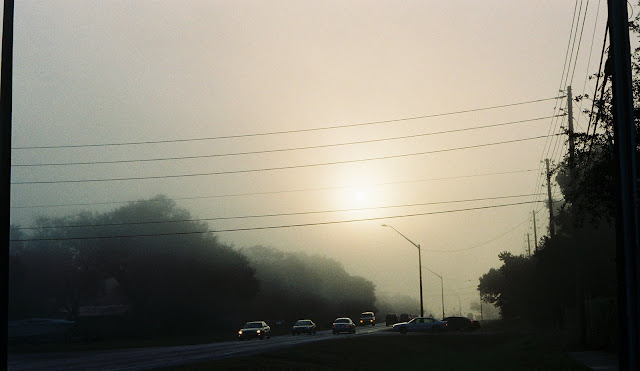 Underneath the surface layer of my life of ever-shifting responsibilities and schedules these past few years, I have been trying to process a tangle of grief and witnessed suffering, asking myself "the big questions" once again about meaning in life, the existence of God, what I believe, where to place destruction and suffering, etc.. One part of that process was a protracted courtroom trial in my mind. I have called witnesses to the stand and put on trial the existence of an "All-Powerful God who is Love and Truth and Who does what is right and Who comes to the aid of the helpless". In this court the witnesses came from current and historical world events as well as various philosophers, teachers, and writers through the various essays, books, movies I had engaged over the course of my life. In this court I played prosecutor, defender and presiding judge.

In the early months, during the first stage of the trial I kept running through events from my own experience which I had previously labelled "God's engagement or intervention", calling each to the stand as a potential witness of God's existence, greatness and goodness. As the presiding judge, I refused to allow Bible passages to be introduced as evidence in this stage of the trial- I determined to see what conclusions my reason would come to without the evangelical Christian framework I had lived within all my life.

Most people, upon examining my memory bank, would say I had a full file of events labelled as examples of God's engagement or intervention. Recent first hand exposure to the culture of poverty in Kolkata, India, shock and cumulative grief from witnessed conflict, loss and trauma, both around the world and in my family had obscured my memory's range of sight and left me with a truncated experience list to call as witnesses in God's defense. During each testimony the prosecutor would object and ask the judge to disallow the testimony on the basis of "coincidence", "personal interpretation" or "man's compelling desire for meaning, coherence and order. Only one experience from that list, one "witness" withstood the agnostic prosecutor's dismissive objections.

It was a chance encounter from several years before "the trial" began. A woman I had never met was the listing realtor of a house I wanted to see, and as she showed me through the beautiful home, she mentioned a personal loss. I murmured empathy, asked a question, and as we sat on a luxurious sofa in a sun-drenched home, her story of pain spilled over the edges of her professional personna like a raging river coursing over a suddenly inadequate dam.

Within a space of three months, she had lost her mother, then her father to death, and her husband of a few years had left their later-in-life marrige. She felt abandoned, alone and completely undone. The foundations of her life had been yanked out from under her, and she had not slept in months. Her unremitting pain had become a full-body garment of lead so heavy that she struggled to breathe.

For one of the few times in my life, I didn't try to fix her with words of explanation, encouragement, or instruction. I simply sat with her, looked at her and listened to her.
I asked her permission to pray aloud for her on that sofa, then bowed my head and listened, waiting for words to come, as had become my custom over years of praying daily with others. Her suffering was so great that it seemed the best I could ask for was for God's Spirit to hover over her as he had hovered over the waters at a time when the earth was formless and empty and darkness reigned over the surface of the deep (Genesis 1:2).


So I lightly touched her head and the back of her neck and her shoulders with my hand and asked God to come to her. I asked Him to hover over her as he had over the empty, dark earth, and to brood over the surface of her deep with his creative Presence, stirring the waters of her emptiness and pain with His love and peace and rest. I asked "I AM" to come and hover over her, to be WITH her; and I sat in silence, waiting and listening as slight gasp and quiet sighs came from the woman beside me.

My internal landscape was absolutely silent, devoid of intuitive words or pictures about what might be happening inside her. I was quite accustomed to "hearing" words breathed or seeing symbolic pictures displayed in the recesses of my mind as I prayed for people, but this time there were no interior markers to indicate that God might be working in the person for whom I prayed.

After some moments of silence and my whispered "amen", I raised my head and opened my eyes, waiting for her to speak. She looked at me with wondering, incredulous eyes and asked, "What did you do to me? I have never felt like this.....what happened?....what did you do?....I feel so different...like a huge weight has been lifted off me...what is this - what did you do?"
I knew that whatever had happened to her had not been my doing, and told her so. "I simply asked God to come and hover over you and touch you. Whatever happened to you is God's doing, not mine."

In a few moments we parted ways, and I went about my day. She called me the next morning to tell me, with wonder in her voice, that she had slept the night before for the first time in 3 months. She had slept like a secure child for the entire night, without waking once. Even now, a full day after sitting on sofa with me, waiting for - she knew not what - She still felt incredibly peaceful and free of burden. She didn't know the expected procedure for expressing gratitude for an encounter like that but what had happened to her was so amazing that NOT openly acknowledging and giving thanks to that God whom I had beseeched on her behalf, was simply inconceivable. So before starting her workday she set a candle on a table in her home, lit it, bowed her heart and said thank you to God.

A day later a woman appeared at my front door wanting to talk. My brain knew it was the realtor with whom I had sat and prayed, but she looked so completely different I felt I should call her by a different name. She had slept all night again, still had that mysterious sense of peace and lightness of burden and had come to thank me once more. We chatted for a few more moments, most likely prayed together again, had another brief exchange as she helped me with a real estate matter, then, like most chance encounters within two busy, non-overlapping lives, those brief encounters became the entire history of our relationship.
And so this witness, this compact exchange with a stranger whose words and actions seemed to indicate very little, if any, experience with and expectation of a Supernatural Other to engage and intervene became my most compelling witness. So many of the other witnesses I called to the stand during those days inolved only experiences or changes within me, or experiences with "church people" who would, as a natural course, attribute numerous attitudes, experiences and events to God. The prosecutor had labelled those witnesses "biased" and the judge had agreed. So at this stage of my "God on trial" trial, this lone "witness" stood against centuries of suffering and powerfully persuasive philosophers and scientists and writers who severely questioned the existence of a Supernatural Other who is always all knowing, all-powerful, all-good and who, from motives of love and care engages and intervenes in the affairs of men. This lone witness returned to the stand, again and again to whisper, "Yes. But what about me? What about that thing that happened?"

A week ago, I once again found myself in chance encounter, listening to two whose circumstances of loss and pain were overwhelming. Together, we had no answers, no hopeful courses of action, no "silver bullets" to make things right, and it felt almost impossible to envision a future without compounded stress and anguish, loss, pain and destruction.

After a fitful night of moments of sleep interrupted by flashes of heat, cold, and worry, common to this menopausal season of my life, I turned to a writer who could have been one of God's defenders in my courtroom had I allowed others in, and found him describing his struggle to process and order senseless evil, loss, and grief that had invaded his life. He reasoned that all-good, all-powerful, all-knowing God allowed evil and destruction and loss to remain as an invitation to people to choose different ways, different paths...an invitation to choose love, and from that choice, to turn evil into good. Sort of an invitation -albeit in unbelievable disguise- to become co-creator with God.
Though my inner trial still continues after all these months, albeit on a lesser scale and with a gentler prosecutor and more lenient judge, I found myself compelled to utter the words of the witness, "Oh, God, come and hover over them, over this darkness, over this vast expanse of formless deep. If You do not help them, they will not survive. If you do not help them they will all be destroyed. They belong to you., these little ones ....hover over them with Your creative power and lift them up. Brood over them and bring them rest and strength. Lift them up out of the darkness, bring them renewed power to hope, to envision, to create, to love."

And in my courtroom the witness whispers, "but what about this?